Greenhouse Landscaping began organically, growing from a family affair started here in our own backyard. Our new swimming pool needed landscaping, as does every new pool, but this one had a very unusual setting, at the bottom of a large hill, commonly called a ‘reverse ravine’. This hill also happened to be the old shoreline of Lake Iroquois, the pre-historic version of Lake Ontario. The level of the lake was approximately 30m (~100 ft) above the present level of Lake Ontario, about 13,000 years ago. This presented gigantic challenges, so the Quebec branch of the family was called in, due to their lengthy, multi-generational experience in construction and landscaping, which was a good fit with our renovation-oriented experience here in Toronto. With the project being spread over 2 summers, the hill was eventually conquered and converted to an awe-inspiring series of terraced gardens, stairways, and footpaths. Requests from friends for help with their properties soon followed, and it became clear that there was potential for a new landscaping company to be formed. Greenhouse Landscaping was started officially in the spring of 2007, based on the experience of the family members, and has transitioned smoothly from that one intimidating hillside, through many successful projects, centered around the east end of Toronto, mainly in the more urban areas such as Riverdale, Broadview-Danforth, and the Queen street area known as Leslieville.

Greenhouse Landscaping agreed to resurface my porch and stairs. After removing the fake stone facing, it was discovered that some of the bricks in the porch were damaged by moisture and the foundation under the stairs was too damaged by moisture to be reused. As a result of that unforeseen development, the damaged porch bricks had to be removed then replaced and the entire stair foundation needed to be totally removed. This necessitated a new plan to be formulated. Parging mix was troweled over the entire brick porch sides. Stone slabs were used to replace the stairs and stone was placed on the top and sides of the porch top. All the men in the crew worked extremely hard and efficiently to create a perfect result. My neighbors have commented on how good the whole thing looks. A.R. Carson 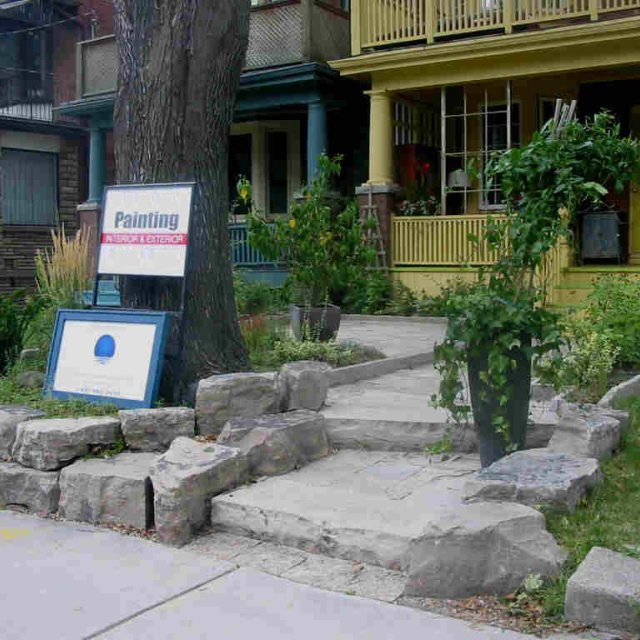 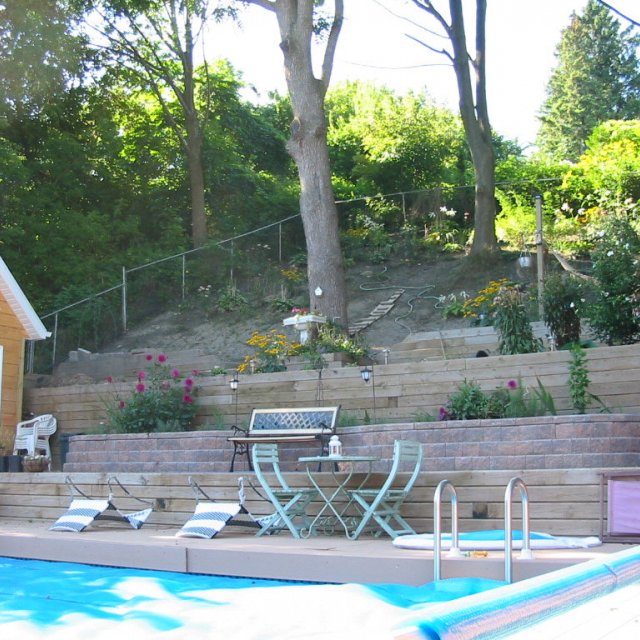 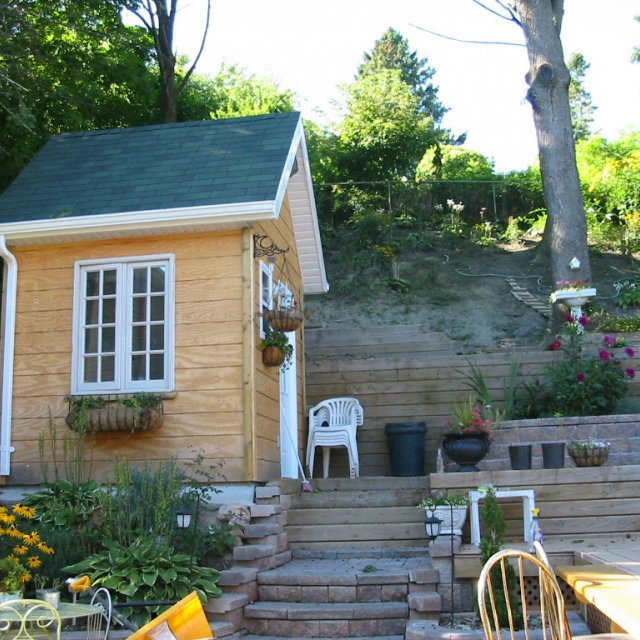 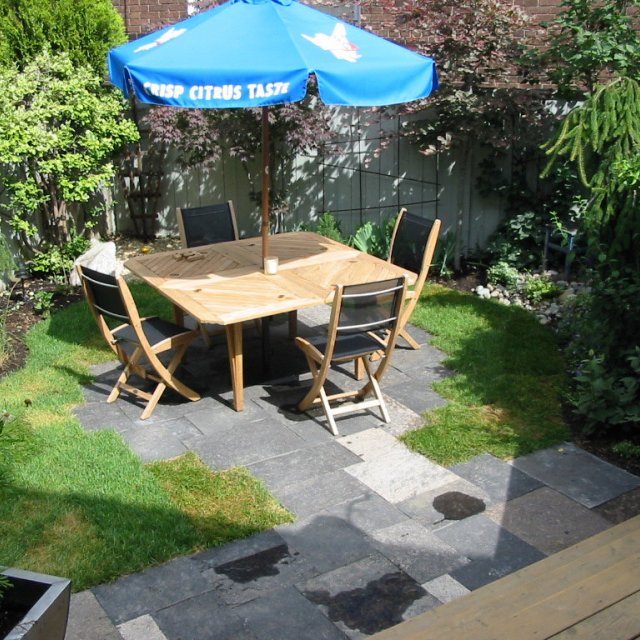 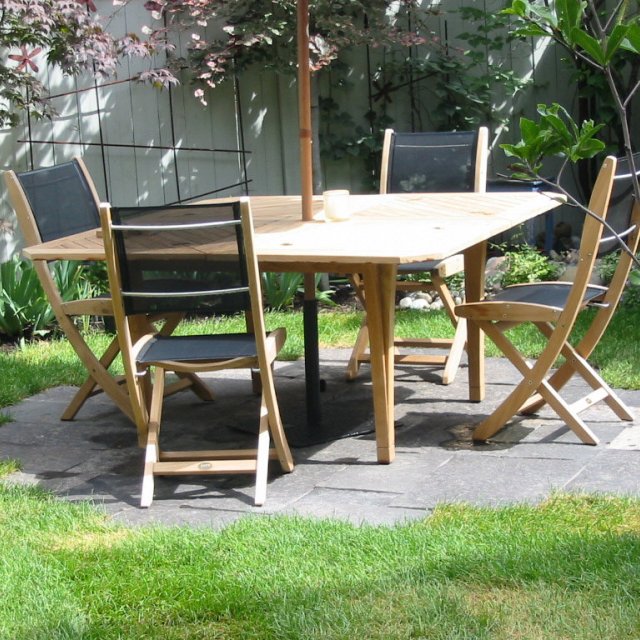